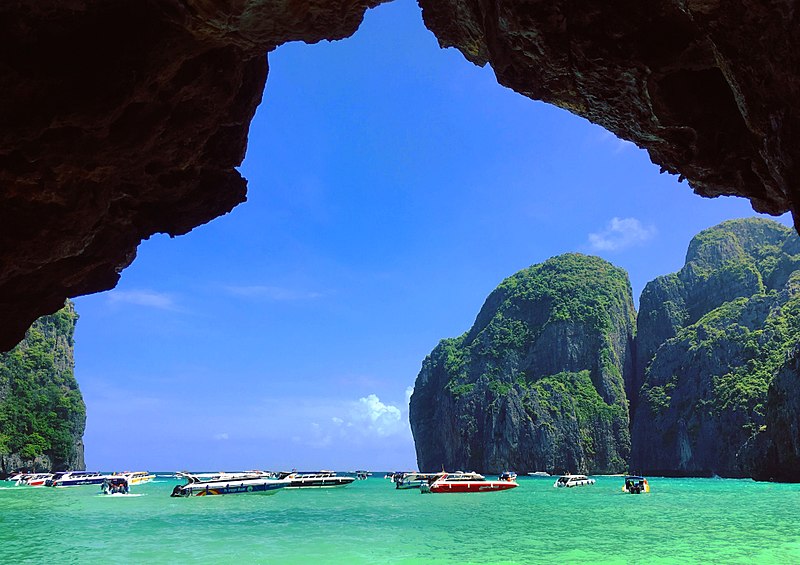 Tourism can add a lot of value to a region – from promoting economic sustainability to inviting visitors to explore new cultures. But when unmanaged, mass tourism can swiftly destroy the very areas it seeks to promote.

In Thailand, famed Maya Bay is the latest example of an ecosystem in decline as a direct result of tourist pressure, and while the government Tuesday announced the bay’s indefinite closure, locals wonder if such action will be enough.

This past June, the Thai government took action to restrict the number of boats that could enter the bay in an effort to reduce pressure faced by the fragile marine ecosystem and allow coral life to recover. Such beach closures are increasingly common strategies around the world – the most recent high profile example hailing from The Philippines with its landmark decision to close Boracay Island to tourism for six months. 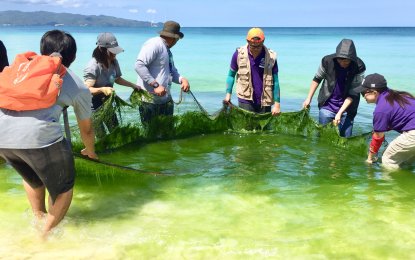 In April, Boracay Island announced it would be closed for tourism for a minimum of 6 months for the local government to manage the increasing issue of damaging algae blooms © WikiCommons | Cindy Ferrer for the Philippine News Agency

The original plan called for the bay’s re-opening this month but on Tuesday, Thailand’s Department of National Parks, Wildlife and Plant Conservation (DNP) announced that Maya Bay would be closed for tourism indefinitely. Hailed by many as a step in the right direction for regional marine conservation policy, locals question if the focus on reef conservation can be sustainable without implementation of other Thai policy that protects coral and marine life, or what Maya Bay’s closure may mean for other nearby beaches and bays that will wind up facing the overflow of tourists.

First appearing as the backdrop for Leonardo DiCaprio’s 2000 thriller The Beach, Koh Phi Phi’s limestone cliffs and turquoise bay became eponymous with the natural beauty of Thailand. For years after the blockbuster hit, dozens of Phuket and Phi Phi-based operators have brought millions of tourists to the bay – a predicted 2.5 million in 2018 alone – which over time has thrown the ecosystem out of whack.

One idea that’s floated around the DNP is to restrict “walk-in tourists” to top marine park destinations in Thailand, allowing only the sale and distribution of e-tickets. An e-ticketing system will allow the department to monitor and limit the number of people visiting these locations. Discussions about such a policy are still in their early stages, however.

According to the Phi Phi Island Conservation and Preservation Group, one of the main goals of the original four-month restriction aimed to reduce what are called anthropogenic impacts common to marine ecosystems. These are ecological pressures directly caused by human activity like water pollution, improper anchor-dropping, and harmful swimming and snorkeling practises.

How you can make a difference

While Maya Bay itself may require such measures to recoup the health the ecosystem’s lost, in the absence of more comprehensive regulation marine conservationists believe that changing our attitude and behaviours toward any interaction with the marine environment will go a long way to prevent further reef decline.

Whether you’re visiting one of the stunning areas adjacent to the now-closed Maya Bay or enjoying our beaches right here on Koh Tao, there are plenty of simple ways to reduce your individual footprint on the marine environment, ensuring it’ll stay in its stunning condition for years to come. 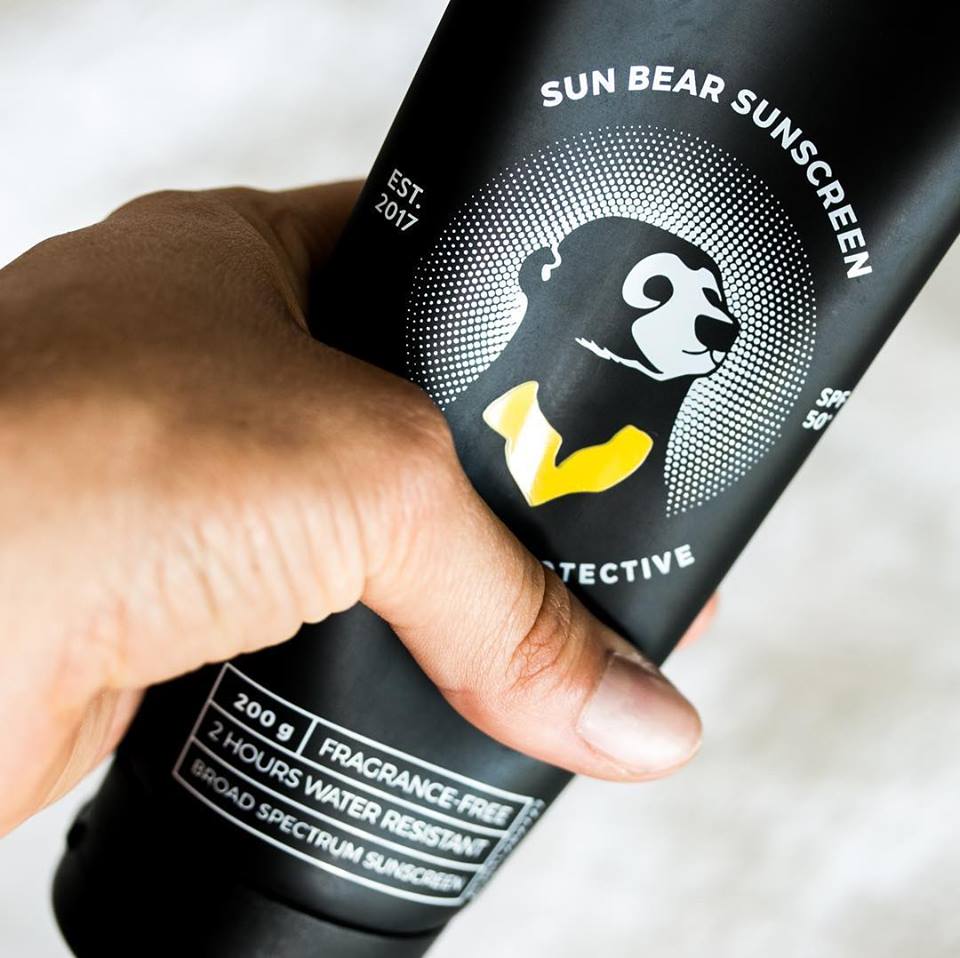 A study released in 2015 demonstrated how just a small amount of sunscreen containing the chemical oxybenzone can irreversibly damage coral, actually reducing its protection from harmful UV rays – leading to bleaching – while increasing susceptibility to coral disease and infertility. The ingredient is incredibly common across most popular sunscreen brands in spite of the fact that its effect on humans isn’t really understood yet either. Hawaii’s reefs have been impacted so heavily by oxybenzone – estimates report 6,000 tons of sunscreen per year enter its waters – that the state government recently passed legislation banning all oxybenzone-containing products, in spite of significant backlash from US consumer groups. Switching to reef-safe sunscreens containing natural protectants like zinc can keep your skin protected while limiting unintentional damage to the surrounding ecosystem. 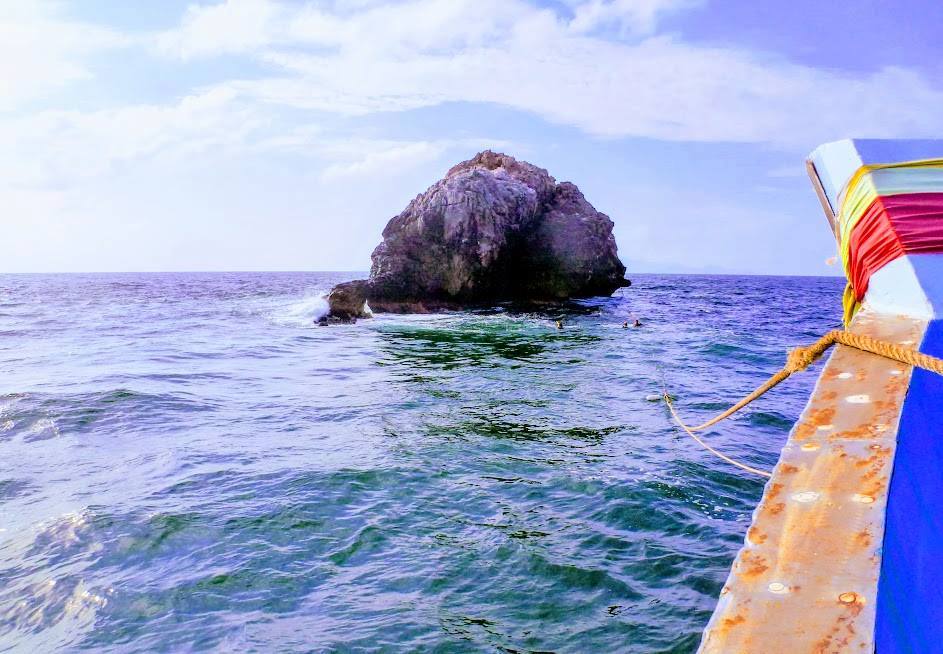 One of the most effective tools in managing tourism on the reef is the use of permanent mooring line systems, which prevent casual anchor-dropping that can destroy decades of coral growth. Reliable operators will use these systems and demonstrate responsible interaction with the environment, and tourists can offer the checks and balances to this system by leaving honest reviews online or with an outfitter manager about the company’s duty of care toward the undersea environment. By choosing to book with snorkeling and diving companies with a track record for promoting ecosystem sustainability, tourists demonstrate that responsible boating is a priority for financial success, and not just an option. 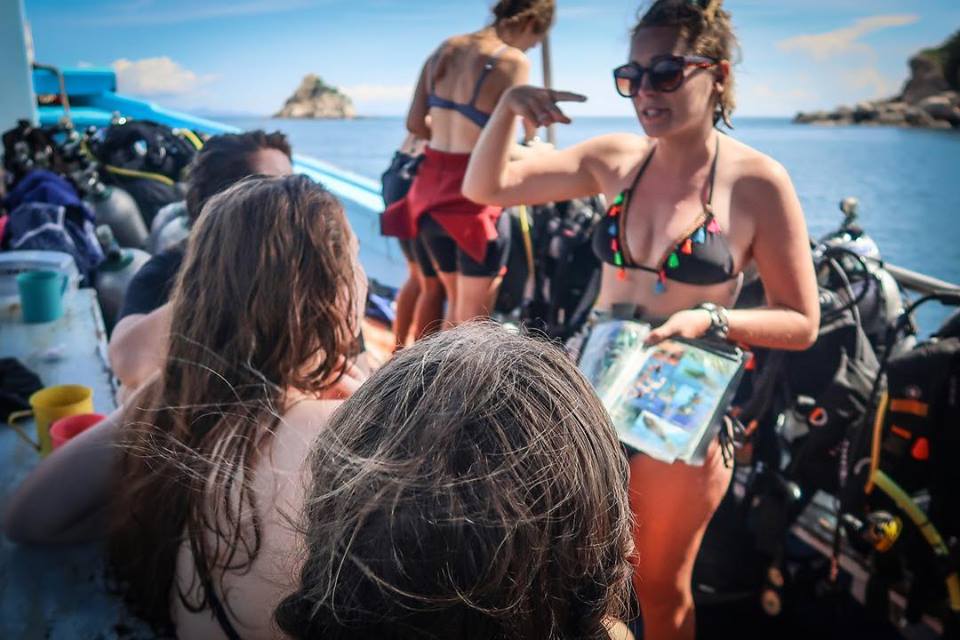 Asking for a briefing on how to dive, snorkel, or swim responsibly in the reef environment can ensure you’re not leaving any damage behind! | © Roctopus Dive Koh Tao

The underwater environment is absolutely enchanting, but ultimately fragile against physical impact. Responsible snorkeling and diving businesses will offer customers briefings about how to interact with the marine world, and what not to do. Make sure you understand these briefings or educate yourself ahead of time to ensure you enjoy your experience while leaving no damage.

Be a sustainable tourist 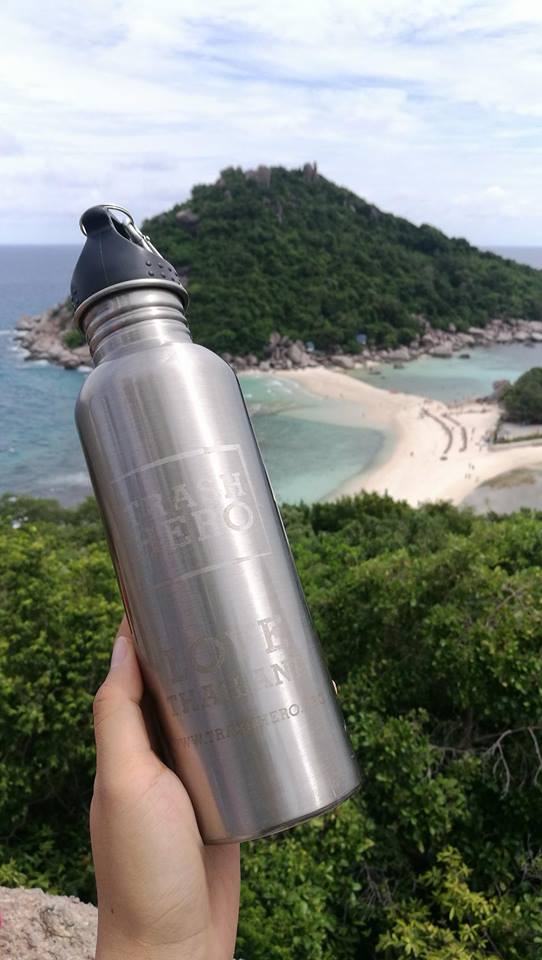 Plastic waste is an unfortunate byproduct of our everyday lives – but it’s even more threatening to small island communities like Koh Phi Phi or Koh Tao because of the complexity of waste management on this scale. The best solution to keep plastic and other waste from entering the marine environment is to simply be more aware of your everyday use. Simple choices like carrying a reusable bag and water bottle, declining plastic straws and cutlery, and dining out – or bringing your own takeaway containers – can have enormously positive impacts on the local environment.

Ultimately, such preventative behaviours can support the health of our stunning marine life here in Thailand, hopefully reducing the need to close off areas permanently. In an interview this week with The Phuket News, marine biologist Thon Thamrongnawasawat put it best:

“Everything we have done for the coral today is like an ‘apology’ for being late in protecting them. Also, we were too scared and negative to have thought of saving them.”

Learn to Dive With Us! 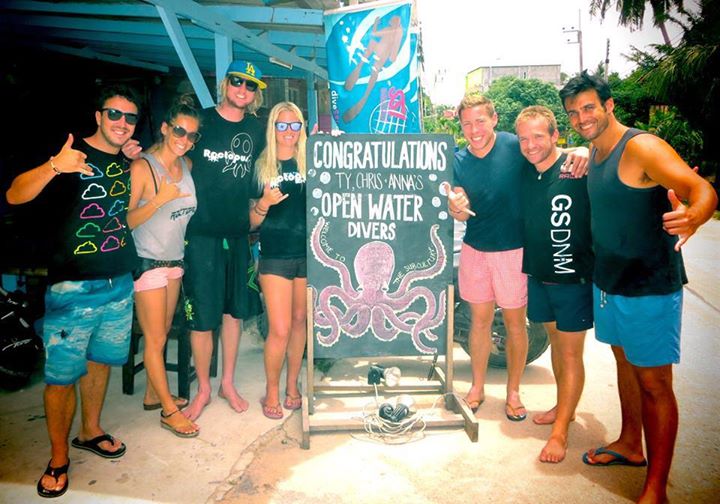